For instance, if over the course of a year you:

Ate one less burger a week, it would be the equivalent of taking your car off the road for 320 miles.

Skip meat and cheese one day a week with your family, it would be the equivalent of taking your car off the road for five weeks – or reducing everyone’s daily showers by 3 minutes.

Skip steak once a week with your family, it would be the equivalent of taking your car off the road for nearly three months.

And if the entire U.S. did not eat meat or cheese for just one day a week, it would be the equivalent of not driving 91 billion miles – or taking 7.6 million cars off the road. 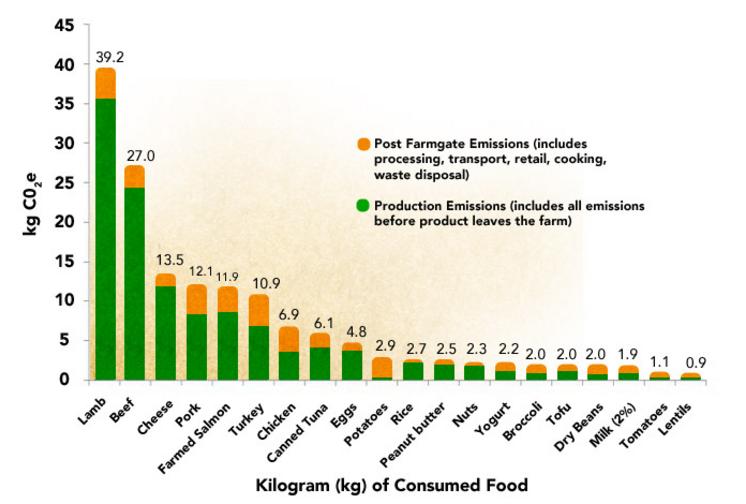 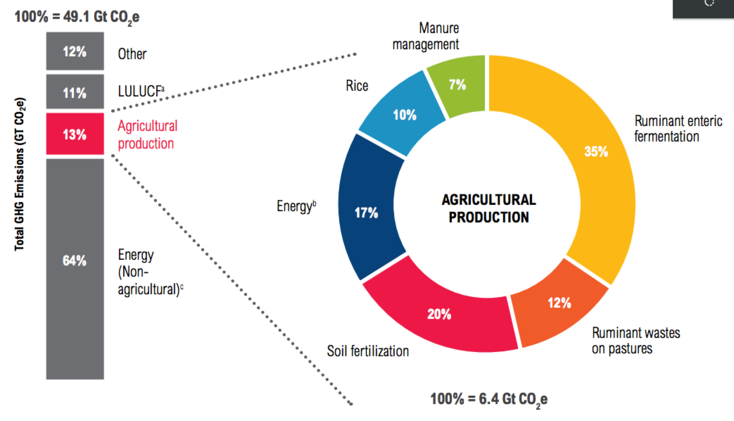 Animal agriculture is also a significant source of other greenhouse gases.  For example, ruminant animals like cattle produce methane, which is a greenhouse gas about 20 times more potent than carbon dioxide.  The livestock sector is responsible for about 37% of human-caused methane emissions, and about 65% of human nitrous oxide emissions (mainly from manure), globally (UN FAO).

Eating vegetables produces lower greenhouse gas emissions yet.  For example, potatoes, rice, and broccoli produce approximately 3–5 times lower emissions than an equivalent mass of poultry and pork (Environmental Working Group 2011).  The reason is simple – it's more efficient to grow a crop and eat it than to grow a crop, feed it to an animal as it builds up muscle mass, then eat the animal. 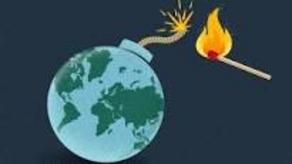 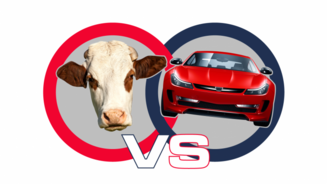 ​DON'T EAT MEAT ONCE A WEEK!

Farmed animals produce about 130 times as much excrement as the entire human population of the United States.